Arthur Wellesley, later Duke of Wellington for his military exploits was posted to the Peninsular War, where he fought alongside William Carr Beresford. Although this war was not going too well, it was the only place where English and Portuguese forces had gained a front on the mainland against France and her allies (the disastrous Walcheren Expedition was one of the typical failed expeditions of the time). Wellesley had sent a memorandum to Castlereagh about the defense of Portugal, and Castlereagh appointed him head of the expeditionary force. Wellesley defeated the French in Portugal at the Battle of Roliça and the Battle of Vimeiro in 1808. The resulting Convention of Sintra, which stipulated that the British army would transport the French soldiers out of Lisbon with all their equipment, was highly controversial, and Wellesley was briefly reclaimed to England. Meanwhile, Napoleon himself had arrived in Spain with his veteran troops, and when the commander-in-chief, John Moore, was killed during the Battle of Corunna, Wellesley was appointed the new commander-in-chief of all British forces in Portugal, returning to the Peninsula in April 1809.

On July 27, 1809 he defeated one of the armies of King Joseph Bonaparte (Napoleon’s older brother) at the Battle of Talavera. For this success he was promoted to noble status with the title of Viscount Wellington, of Talavera and of Wellington in the County of Somerset. When the French invaded Portugal again in 1810, he stopped them at Buçaco, subsequently blockading them and preventing them from taking the Lisbon peninsula thanks to his superbly constructed land lines of defense at Torres Vedras, together with the maritime protection of the British Royal Navy (the bloodless Battle of Lisbon). The overwhelmed and hungry French invasion forces withdrew after six months, after which Wellesley finally expelled France from Portugal in 1811, fighting in the battles of Fuentes de Oñoro and La Albuera. In May 1811 he was promoted to general for his services in Portugal. 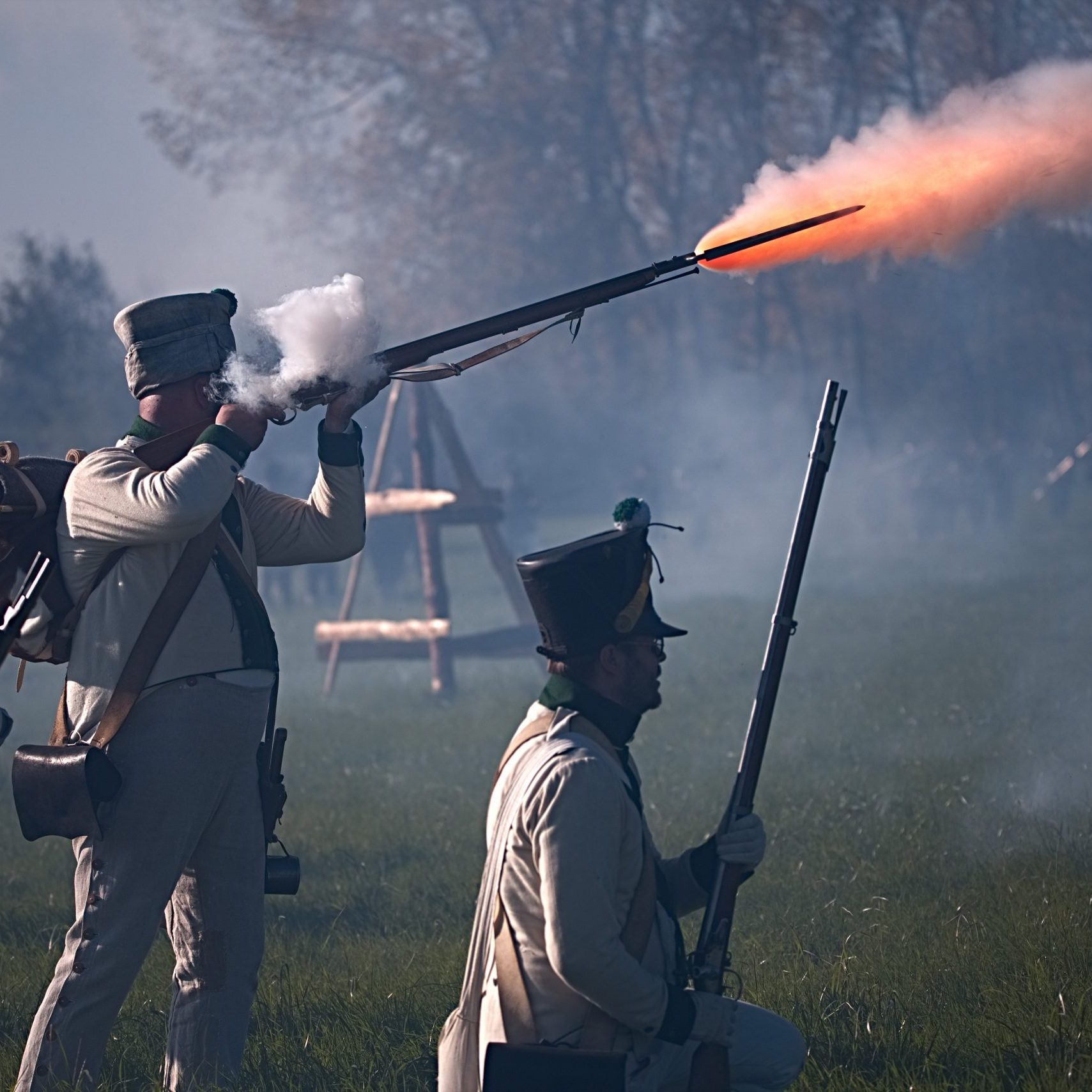 Once in Spain, after breaking the siege of the fortress of Badajoz on April 6, 1812, the population of the fortress suffers 72 hours of looting and rape by drunken soldiers after locating the stores of Portuguese brandy. He defeated the French again in the battle of Arapiles, arriving in Madrid in 1812. Around this time he was made Count of Wellington. The French counterattack placed the English forces in a precarious situation, but Wellington took command of all the allied forces in Spain,3 at the same time he was named Marquis of Wellington on October 3. On this date Wellington was at his headquarters in Villatoro directing the siege of Burgos (September 19 to October 21, 1812), which was one of the few defeats of his military career.4 Taking advantage of the withdrawal of much of the French army to participate in Napoleon’s disastrous Russian campaign, Wellington took the offensive in 1813, culminating in the battle of Vitoria, which drove the enemy back to France, an action for which he was promoted to field marshal. For this feat, Ludwig van Beethoven composed his work The Victory of Wellington. In Vitoria important paintings were seized that Joseph Bonaparte wanted to take out of the country; Wellington would keep them, in spite of his insistence in returning them, being rejected that reintegration by the new king Fernando VII and at the moment they are conserved in his mansion of London, Apsley House, they are known by the ironic name of “Spanish Gift”.

For his help to Spain in the war against Napoleon he was awarded the Duchy of Ciudad Rodrigo, the Grand Cross of the National Order of San Fernando, and the Golden Fleece, despite his disloyalty when he ordered to bomb the textile factories in Béjar (Salamanca) (competition of the English) and the Royal Porcelain Factory of Buen Retiro in Madrid, accusing the Napoleonic forces, which had already evacuated the city.

Afterwards, Wellington invaded France, with English and Portuguese troops, although he was defeated by the French forces in Toulouse. Shortly after this battle, Napoleon was banished to Elba in 1814.

Hailed as a hero and conqueror, Wellesley was made Duke of Wellington, a title still held by his descendants. He was appointed ambassador to Louis XVIII’s France and took Castlereagh’s seat as first plenipotentiary at the Congress of Vienna, where he argued forcefully to allow France to maintain its place in the balance of power in Europe. On January 2, 1815, his knighthood of the Bath was converted to knighthood of the Grand Cross due to the expansion of that order.

On February 26, 1815, Napoleon left his exile in Elba to return to France, regaining control of the country in May. Wellington then led the reform alliance against him. He left Vienna to command the allied forces in the campaign of Waterloo, placing himself in Belgium together with the Prussian troops of Gebhard Leberecht von Blücher and fighting first in the battle of Quatre Bras, to return four days later to face Napoleon in the battle of Waterloo, where the latter was definitively defeated, abdicating again on June 22 and being deported later to the distant island of St. Helena.